I Discovered The Key To Creating Healthy Habits!

By adminJune 24, 202252 Thoughts for the Chronic Dieter
No Comments 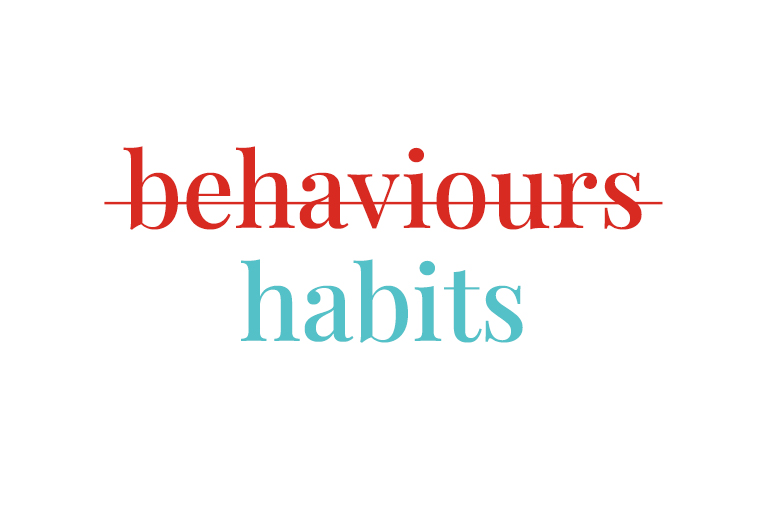 Five years ago, I chaired the National Eating Disorders and Obesity Conference.

On reading the program, my little ears pricked up when I saw a presentation on habit change and weight loss and maintenance … so I snuck away from my duties to watch …

Listening to Dr. Gina Cleo, Australia’s only full-time habits researcher, highlight the subtle but important difference between behaviour change and habit change, I found myself thinking:

But I really shouldn’t have been surprised – I should have known the difference. In fact, everyone in the room should have.

Most of the time, even if we use the word ‘habit’, we are talking about changing behaviour. A behaviour is something you choose to do consciously, like deciding you will eat an apple. A habit is something you do subconsciously, like eating an apple for morning-tea because you always have an apple at morning-tea time. The action doesn’t just come out of nowhere; it has been linked to a cue (in this case, morning-tea time) in the subconscious part of your brain so you don’t have to consciously think about it. The trouble is that often we focus on changing behaviours, thinking we are creating habits when we’re actually not. And the most common form of behaviour-plan-we-think-is-a-habits-plan is, you guessed it, the diet and exercise weight loss plan – all of these plans, it turns out, are based on behaviour change, which is actually quite different from habit change …

One of the biggest traps we fall into is prioritising results-based behaviours over habits. Focusing too much on the behaviours that lead to the results you want undermines your ability to create habits. As a crude example, if you drank only meal replacement shakes for six months, you would likely lose a lot of weight but would not create any healthy habits. So when you stopped the meal replacements (or any other change based on results instead of habits), the results would start to reverse. We sabotage the opportunity to make lasting change by focusing on short-term results. In fact, we are so trained in focusing on results, and planning behaviours to achieve them, that it’s actually really hard not to fall into this trap. The problem is, focusing on eating and exercise plans to lose weight (while it makes intuitive sense!) results in the common ‘nike swoosh’ of weight loss and regain that so many people who grapple with their weight experience.

The researchers randomly allocated a group of people who wanted to lose weight into three groups. One group lost out and didn’t get to do anything for twelve weeks (this is called a wait list control group). The other two groups underwent twelve-week interventions that were chalk and cheese to your average ‘12-week challenge’, in that they didn’t focus on short-term weight loss, but instead on changing habits. One group formed new habits; they aimed to ‘tick off’ ten healthy habits each day. The other group broke old habits; they aimed to disrupt daily routines by doing something different every day.

Not surprisingly, the two habit-change groups lost a little weight over the twelve weeks (an average of 3.1 kg, compared to a non-significant weight loss for the control group).

But very surprisingly, when they were followed up twelve months later both habit-change groups had continued to lose weight (now an average of 5.2 kg).

This groundbreaking research shows that:

The effects of working on your habits may increase over time.

This study started a five-year (and counting!) journey into the amazing science of habit change, and I’m going to share some of the mind-blowing revelations with you over the course of the next month.

For now, the key take home is DON’T DO SHORT TERM DIETS … and please stay tuned for the next installment, because in it I’m going to share some transformational habits hacks that come directly from Dr. Cleo herself …

SIGN UP HERE TO RECEIVE GLENN’S NEXT EMAIL NOW!

Talk soon, and as always I’d love to hear your thoughts and experiences on changing your habits, and anything from this blog that you’ve found interesting or helpful!

Yours in creating healthy habits,

2. Levels of anxiety also improved significantly during the intervention, but had mixed results for further improvements over the follow up period, depending on which habit-change group the participants were in.