The Benefits of Tapping (Interview with Libby Babet) 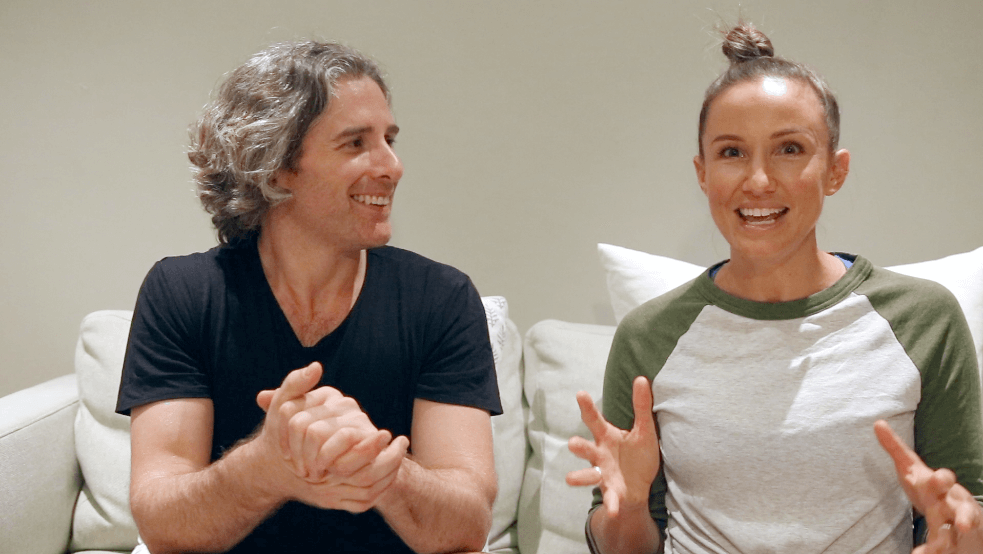 Tapping is clinically proven to lower food cravings, improve emotional wellbeing and result in weight loss without dieting.  But what is tapping, why does it work, and how can YOU make the most of this exciting and easy-to-learn technique?

✔︎  What tapping actually is!
✔︎  How your brain’s emotion & addiction centres respond to tapping.
✔︎  Why tapping works (both eastern wisdom & hard science views).
✔︎  The moment I realized the power of EFT!
✔  How to tap (follow along and solve a problem almost EVERYONE has).
✔︎  Why tapping requires mindfulness and not distraction.
✔︎  That tapping is not weirder than other things (like overeating).
✔︎  Lib’s surprise as she goes from “yeah whatever” to “oh my!”

If you love this chat and feel like you need a helping hand to fully experience the benefits of tapping for yourself, we have a fully online program that will help you apply to power of tapping to eliminate food cravings while still being able to eat your favourite foods, eat well without having to think about it, feel better in general and lose weight without dieting.

Find out more about Tapping for Weight Management

Glenn:                     Yeah. So we call it emotional freedom techniques or sometimes we call it to EFT, but we just often call it tapping because what we’re doing is we’re combining psychological therapy with tapping on acupressure points. It’s a combo of Western psychology and Chinese medicine, which is a little bit different but really cool.

The limbic system is associated with emotions, memories, and it’s part of the addiction loop in your brain.

Glenn:                     Yeah, so it’s a way to turn off unpleasant feelings. It’s also a great way to deal with unpleasant memories. But the way that I got into it was through the research that it’s really good for getting rid of food cravings of course because a food craving is your emotion linked with your memory and it’s part of that addiction, pleasure pathway. So it’s all those things.

Glenn:                     Yes! That’s such a good question, Lib, because as you know, I’ve been working in the psychology of eating space and the weight management space for quite a while, since before I had grey hairs.

So … lost my train of thought now.

Glenn:                     To be honest I was giving a polite response, I’ll say, “Oh, that sounds really interesting.” And you know as psychologists we’re taught to work from evidence and in the back of my head I’m thinking, “That sounds a bit weird.”

And what I’ve been saying to people is, there’s no evidence yet that this helps people with my area so I’ll wait until the evidence comes out.

And then I actually had, which was really weird, I had a client come into my session … and I always ask people about if they have any problem foods. And I said, “Oh, do you have any food that you struggle with, that you obsess over, that you overeat when you eat them, you feel bad about yourself?” And this person said, “I used to do that with chips but I don’t anymore.” And I’m like, as a psychologist, we don’t often hear that. You know? Powerful food cravings don’t just go away. And I said, “Oh, what did you do?”

And it turns out this person was one of the people in the initial tapping for food cravings trial.

That was a month after the trial.

Glenn:                     So what we do when we tap, is we always … Even though it’s such a positive technique, we’re actually every time we’re focusing on the problem. So you don’t tap unless you have a problem. It’s not like a daily meditation type thing. You can do it daily but you always have to do it with a problem in mind. The problem could be anything.

So I want you to just take a deep breath. And then if if was the fullest, deepest, most relaxed breath you’d ever had, you’d be 0, there’s no constriction. Or if it was like, get the crash cart ready, you’d be a nine or a 10.

So the first point is the karate-chop point. Then we’re gonna to up to the eyebrow point, so it’s just where your eyebrow ends. Beautiful.

So just sort of tracing around your face. Then below your nose. We’ll provide a little tapping cheat-sheet.

Glenn:                     Yup. Just see that little indent in your chin there? Collarbone point which is a funny one because it’s not actually on your collarbone, it’s in this little fleshy bit below.

Then you take a breath.

So that’s what we call a round of tapping.

And I’m imagining there’d be some people out there who might be a six or a seven or an eight. And if they’ve gone down to a four or a five, it’s still there. So let’s do the whole technique.

Glenn:                     Okay. So tapping on the karate-chop point. And we’re gonna say a setup statement which helps us get really focused on the problem and we’ll say it three times. So if you just repeat after me. And you guys, too. Say the words. It’ll sound a bit funny.

And people are always like, “Oh, this is a bit of a weird technique,” but when you do it, you’ll see that it works and then it’s not weird. I say to people, “What’s weirder, tapping for five minutes or being really annoyed at yourself because” …

So. Even though I’ve got this restriction in my breathing, I love and accept myself.

And then we go up to the eyebrow point. We don’t have to say the whole thing. We say what we call reminder phrases. So it’s just like a word or a phrase that helps us focus on the problem.

Tightness in my back.

Tightness in my shoulders.

Glenn:                     And as you’re saying it, you actually want to focus on it. This is not a distraction technique. People say, “Oh, does this work really well because I’m distracting myself?” It’s not. It works better when you focus on the problem.

So I’m at about a three or a four.

Glenn:                     It reduces over time and you get people doing it doing the same thing that you did. They’re like, “Okay, I’ve never been allowed to be safely in the same room with chocolate before but I don’t want this chocolate.” And it happens with everyone. So I could do this in a room full of 20, 30, 50 people, and you get people tapping with all these weirdly surprised faces. It just takes away-

Libby:                      And even like when I’m not motivated to go to the gym, or whatever it might be, I think it’s so worth a try. Because that really worked and I was surprised about how quickly that worked. And even as we were going through it, I was like, “Oh, my shoulders are relaxing a little bit!”

Glenn:                     It does seem almost a little bit too good to be true. And I think that’s the funny thing. Us working a lot in the weight management space and the health space, there are so many gimmicks that this can seem like a gimmick pretty easily. So my advice would be to anyone who’s keen to-

So in our online programme, every week is one module apart from our emotional eating module which is two weeks.