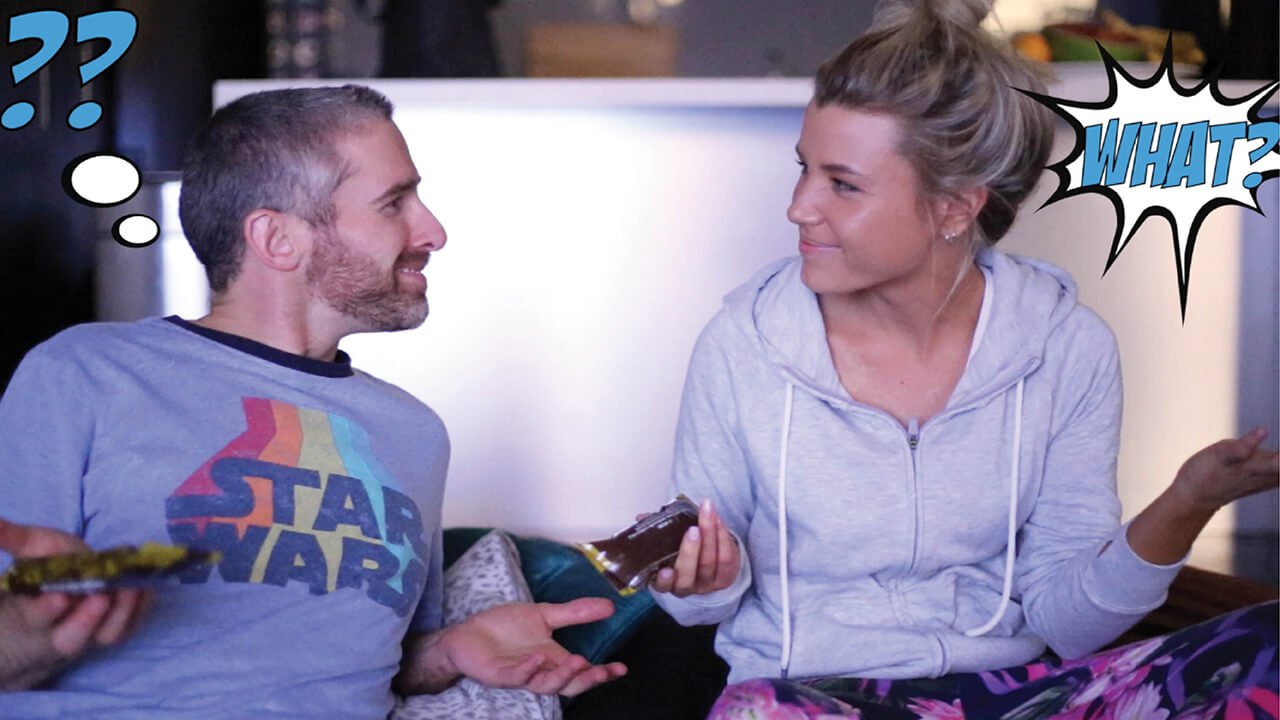 In this Thursday Therapy episode, Glenn Mackintosh talks you through the pros and cons of dieting couples, the importance of your social network for long-term success, and how to work together with your partner to support each other more (and get in each other’s way less!). This video is especially good to SHARE with anyone who shares your bed, fridge, or life!

Welcome to Thursday Therapy. The question we’re answering today is dieting couples good or bad? Welcome to Thursday Therapy. I’m Glenn Mackintosh, the weight psych, and the question we’re answering today comes from Jill. Jill asks, “I’m interested to know your view on dieting couples good or bad? indications or contraindications and if there is any relevant research that would support or challenge the approach?”

Very cool question Jill. I love the focus on the research and I also like that you’ve asked what to do and what not to do. Very powerful questions. We talked about powerful questions in Thursday Therapy episode six, so I can tell you’ve been watching. I’m going to tell you firstly, what I think about dieting couples then I will talk through a little bit of the research on why it’s important for you guys to do it together and then we’re going to talk about the most important part; how you can make it happen. Firstly, and you’ll hear me say this time and time again, dieting anything is not good.

Dieting is fundamentally flawed and it doesn’t matter what you add to it whether it’s a great support team or some newfound supplement or even psychology, it doesn’t change the fact that the dieting paradigm is fundamentally broken. It’s like dieting is a time bomb waiting to explode and it doesn’t matter whether you put a ribbon around that time bomb, it doesn’t matter whether you call it something else, you say this is not a time bomb it’s a bowling ball, it doesn’t matter whether you painted a shiny colour and say, this bomb is different to all of the other bombs, whatever light you paint it in it doesn’t change the reality of what it is. I want to refer you back to Thursday Therapy number three where we talked about this and from now on I’m going to assume that you’ve all watched Thursday Therapy number three and anyone who’s interested is going to be interested in how the we as a couple become healthier people. So, about working together, absolutely. I did my research on psychological factors and social factors and weight management and about a third of your ability to transform is dependent on the support or the lack of support from those people around you.

Now, of course your partner plays a massive role in that, as does really anyone that shares your fridge and I can see that some people that I see their partners can be their best supporters and their biggest saboteurs, sometimes in the same day. So, in answering your question can we do it? I’d go step further and say that you need to do it especially if you want your results to last. So, now get to the most important question, “How do you do it together?” I’m going to show you how I do it with people in my sessions and if you and your partner are reasonable communicators, you’ll be able to do it together. If you think you need a bit of a hand you might get a counsellor or psychologist a health professional or even me to help you.

The first thing to remember is that this work is not couples therapy, it’s not couples counselling, I’d really encourage you to stick to eating, drinking, physical activity, time for exercise, who does the food prep, all the practicalities of healthy living and really narrow it down to that and what we’re going to do is we’re going to come up with a contract between you and your partner. The first thing I want you to do is to write down how your partner helps, so if you’re doing this together both of you write down how your partner supports you. So, do they allow you the time for you to exercise? or do they make you feel loved at any shape and size so you don’t criticize yourself? or do they do a lot of the cooking meaning that you don’t have to go and get take out all the time? The first step is to write down how your partner supports you.

The next thing I want you to do is to write down how your partner gets in the way. Now, this is not an excuse to beat your partner up, it’s just natural we do get in each other’s way, we do hinder each other’s progress and we’re naturally we’re going to want to address that so I want you to have a think about that, does your partner by themselves an ice cream and then offer you one too? or do they try and tell you what to eat but that just makes you feel rebellious and you end up going the other way? or do they hog all the spare time for their exercise and leave you at home doing the chores or the family duties? So, take a moment and write down what your partner does that hinders your progress.

The next thing you guys are going to want to do is make a plan to help each other more and to hinder each other less, so it’s really simple, I want you to itemize what you’re going to do to help each other out more and get in the way less when you do this I really want you to both come up with a list of items that you’re both happy, you’re both comfortable, you’re both satisfied with, so if you need to, you might need to take half an hour or an hour to plan, negotiate, compromise, look for the win-win, try to be assertive in your communication; not passive or aggressive, listen to the other person’s perspective and you’re going to want to come up with a list of probably three to five items, any more than that it can seem like war and peace or you can feel like you’re very rebellious and controlled by all of these things that you guys have to do or you can just forget what’s on there, so try and come up with two or three or four or maximum five items and remember that’s going to be the letter of the agreement but what’s probably most important is the spirit of the agreement to really make a commitment, make a pact with each other to support each other to become the healthiest people you can be.

The final thing you’re going to want to do is hold each other to the contract. This is the part where it’s going to get a little bit tricky, so you really need to be constantly holding each other up. I remember a couple that I work with for quite a while, the husband would do really, really well then, the wife would do really, really well but then when anything happened when one of them fell over, that would instantly drag the other person down and once we got to identifying that pattern, it was kind of like if they were both doing well then that was fine, but if one of them was doing poorly then they just dragged the other one down. So, that was the default if one was doing badly than they’ll both doing badly and what they did was set an agreement at each of those points that if the other person was doing badly, if they were struggling, then the other person would pull them up instead of them pulling the other person down, and if you can do that and hold each other to that contract, even when it’s a bit uncomfortable, because it’s important for each of you individually and each of you together, then you really know you’re on the right track.

So, thank you guys for tuning in to this Thursday Therapy. Guys, I really want you to share this one with your house mate or your partner or your gym buddy or anyone you know of that’s trying to become healthier with the support from their friends or family, and the other thing I want to say to you is, I would love an exercise question. You know I’ve given you some food for thought on food questions, I’ve weighed in on weight issues, we’ve talked about body image, but my background is in sport and exercise psychology and I really loved helping the everyday person find a love affair with exercise, so the first question that we have on exercise will definitely be answered on Thursday Therapy. Until I see you in a couple of weeks have a wonderful, happy, healthy and collaborative fortnight. Take care.